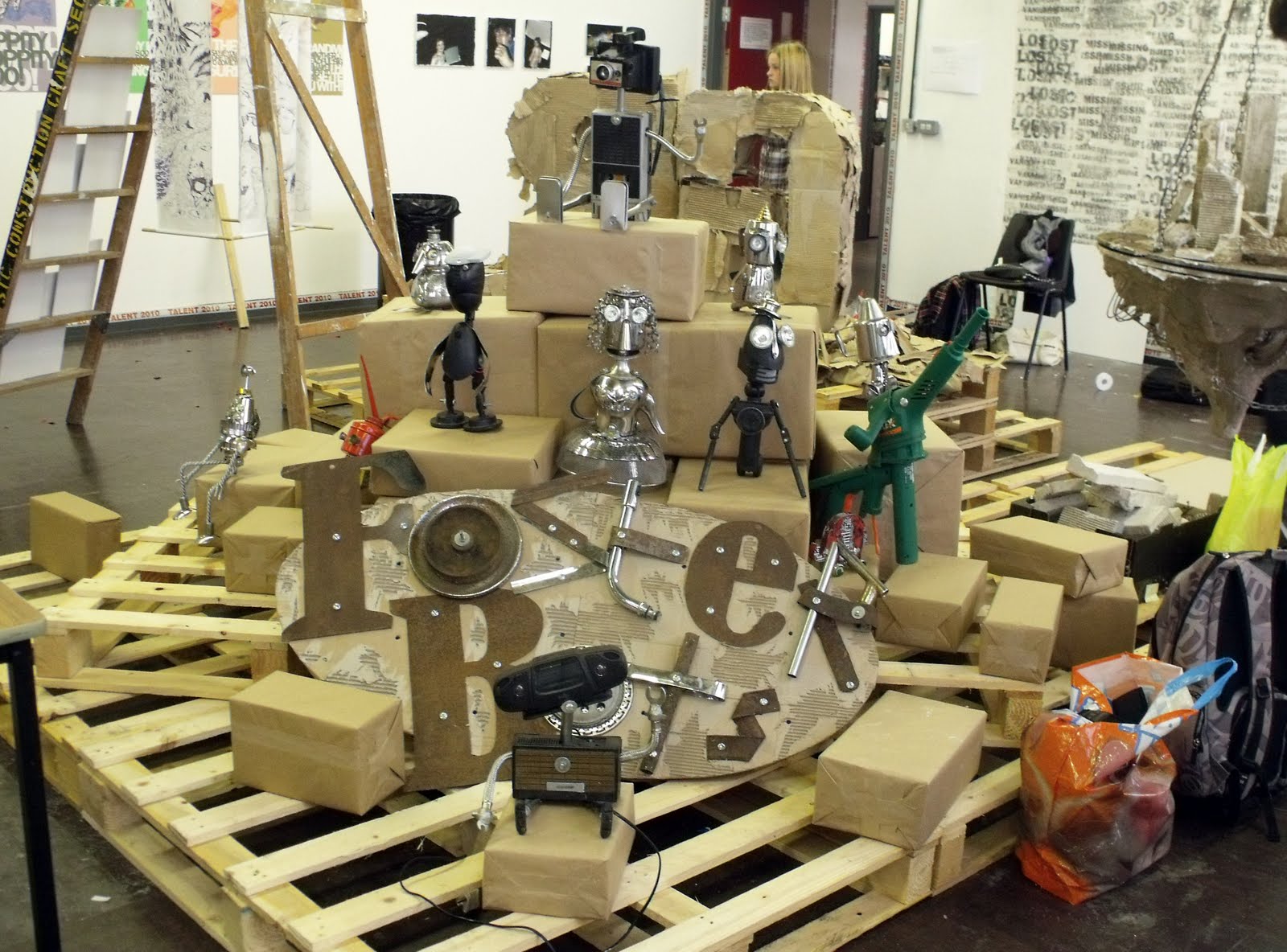 Recycling has always been a passion of mine and is the greatest influence in my work. The idea of constructing characters through the process of recycling occurred to me early on the course during a project where we dismantled electronics and created something else out of them, I created little robots. The process of recycling readymade objects into distinguishable loveable characters fascinated me; it turned unwanted objects into something new that was wanted. It gave new meaning to the junk and almost made me feel bad for wanting to throw it away in the first place. That’s how I came up with the concept of adoption I collected rubbish from a variety of sources such as junk yards, relative’s houses and boot sales and in my care, I turned these unwanted items into something that was wanted. I used the work of The Brothers Quay as a starting point, due to their rustic animations that were full of unique recycled charactersI liked the way that they were obviously recycled from other things yet the characters where clearly visible. As my research progressed I discovered many other artists that work in a similar way including Brian Marshall, Lipson Robotics and Will Wagenaar all of which highly influenced the materials used and the construction of my work. Not all my original objectives were met due to a time issue, I originally wanted to produce a series of animations featuring these characters but they took a long time to make and I couldn’t stop making them. I love the work that I’ve produced, each character is strong, sturdy and fixed together entirely from out of nuts, bolts and screws and unwanted goods. They look professional, saleable and exactly how I wanted them to look. I will defiantly carry these recycled characters on further and set up my own website to sell them.
Boney2016-03-23T13:17:40+00:00